A birth injury can dramatically affect the growth and development of your child. Medical expenses and other forms of care can be costly.

Negligent professionals and their insurance carriers must be held accountable for errors that affect a family's life.

Mr. Offutt and his partners have obtained more than $1 billion in settlements and verdicts for their clients in birth injury claims.

The Offutt Law Difference A Record of Success

Record Verdicts Across the Country

Including $33.4 million in a cerebral palsy case for a boy named Jordan.

You can find out if your case qualifies for a free consultation in just two short minutes.

No Cost or Legal Fees Unless We Win

We represent all of our clients on a contingency fee basis. Which means, we don't get paid, unless we win.

Mr. Offutt is here to listen to you and review your birth injury case. Schedule your free legal consultation today.

Speak With a Skilled Attorney

Mr. Offutt is one of the country's most esteemed and respected medical malpractice attorneys. In more than three decades practicing law, he's represented clients in more than a dozen states around the country, including Maryland. Mr. Offutt has won record-setting birth injury verdicts for families in two states: $33.5 million in Tennessee and $15.5 million in Minnesota. He has a nationwide record of multi-million dollar verdicts and settlements for malpractice claims.

Before 2004, Mr. Offutt was a defense attorney for the insurance industry with a 95% jury trial success rate. Today, he is now a strong advocate for children diagnosed with cerebral palsy, developmental delays, brain damage, and other kinds of trauma sustained during pregnancy and delivery. He will fight for you.

"I think Steve is one of the finest
lawyers out there - both ethically and competently."

A Review by a Colleague on Martindale.com

Why Mr. Offutt Should Work on Your Birth Injury Case

One of the Country's Top 100 Lawyers

In 2014, the National Trial Lawyers Association recognized Mr. Offutt as one of America's 100 Best Trial Lawyers. This honor came after Mr. Offutt secured a $33.5 million verdict for Jordan, a little boy who experienced a catastrophic birth injury. Mr. Offutt continues to obtain multi-million dollar verdicts and settlements for families across the country.

Understands How the Insurance Industry Works

Prior to 2004, Mr. Offutt was an insurance industry defense lawyer with a trial success rate greater than 95 percent. He has an insider's understanding of how the industry works. Mr. Offutt uses that knowledge to aid families who've been adversely affected by birth injuries. This insight into both sides of a case is crucial in mediation and trial settings.

Tireless Advocate for Parents and Children

Mr. Offutt puts families first. He offers free legal consultations to make sure families in need are heard and that any hurdles for seeking legal counsel are removed. Mr. Offutt also takes birth injury cases on a contingency fee basis. This means he does not collect any legal fees or cost  unless their case is successfully resolved.

Respected by Peers in the Legal Field

In addition to recognition from the National Trial Lawyers Association, Mr. Offutt is also regularly awarded with the highest possible rating (AV) from Martindale-Hubbell®. He also receives strong reviews from fellow attorneys and his legal colleagues via Super Lawyers®, AVVO, and the Million Dollar Advocates Forum.

If your family has been affected by medical malpractice, Mr. Offutt is here to help you. He brings more than 30 years of legal knowledge to every family who contacts him. His decades as a lawyer include multi-million dollar cases tried in the state of Maryland.

To speak with a respected birth injury lawyer who will put you and your child's needs first, we encourage you to contact our law office online or call us at:

"He Helped Us after Other Attorneys
Turned Us Down"

"After other attorneys turned us down, Steve researched the case and found that serious errors happened at the birth of my son Jordan. A Memphis jury has found that delays in performing an urgently needed cesarean section resulted in his developing severe brain damage and cerebral palsy and awarded him $33.5 million to cover the cost of future health care needs and other damages." Teresa

Jordan suffered a catastrophic brain injury at birth. The brain damage sustained resulted in cerebral palsy. The effects were so severe that Jordan would require 24/7 care for the rest of his life.

Jordan's mother needed help to hold the negligent health care providers accountable. Other attorneys refused to take the case, and were perhaps worried about taking on the multi-billion dollar insurance industry. Mr. Offutt reviewed the case with medical professionals, and helped Jordan's mother seek justice for her son. In 2013, Mr. Offutt reached a successful verdict after several years of tireless work.

The medical malpractice case became a record-setting verdict in the state of Tennessee. Jordan was awarded $33.5 million in legal damages. Mr. Offutt then helped set up a Special Needs Trust (SNT) for Jordan, which will ensure his needs are taken care of for the rest of his life.

Maryland Birth Injury Verdicts and Settlements Some of the Results by Mr. Offutt and His Partners.

Doctors and nurses did not respond to signs of fetal distress, leading to oxygen deprivation from a delayed c-section.

A nurse failed to inform a doctor about an emergency in progress. The delay resulted in a preventable birth injury.

An unnecessary c-section led to a baby being delivered prematurely, causing respiratory problems and brain damage.

Tell Us about Your Case

The statute of limitations for birth injury, medical malpractice, or personal injury in Maryland is three years. This means you have three years from the date your child has suffered their birth injury to pursue financial compensation. Don't wait and miss out on recouping the money you are owed.

Our skilled birth injury attorney can help you obtain compensation for current and future medical bills and treatments your child may need. He understands the emotional and mental toll a birth injury has on the entire family and will fight to get you the money you deserve for this pain and suffering, even if that means going to trial.

"Steve Offutt is an AV attorney. I have known him and his family for his entire life. He has the highest ethical standards. He has been practicing law for a few more years than I. I call him for his advice and counsel. I refer my clients and prospective clients to him because of his abilities and knowledge of the law." A Review by a Colleague on Martindale.com

Our personal injury attorney is knowledgeable on the types of birth injuries and how to fight for the money you are owed.

Cerebral palsy is a life-long condition that is the result of improper medical care during or shortly after birth. Often it is the result of your medical professional not performing a C-section when necessary. Children diagnosed with this condition have difficulty with motor skills, coordination, and balance. It can also affect their speech and motor development and require continued medical care like physical therapy as they grow.

Brachial plexus palsy, also known as Erb's Palsy, is a result of medical negligence. It occurs when the infant's brachial plexus, the group of nerves that control movement in the arms, becomes injured during birth. Continued physical therapy or surgery could be necessary to help the child regain sensation and function of their arms and shoulders.

Shoulder dystocia happens when the child's shoulders are stuck behind the mother's pubic bone, which can result in nerve damage and possible paralysis if not handled correctly. A qualified medical professional will be equipped to recognize the signs of this occurrence and act appropriately to prevent this birth injury.

Whether it's CP, Developmental Delays or Brain Damage, most infant injuries during pregnancy and childbirth can be avoided. Doctors must recognize signs of fetal distress, illness, and other problems during pregnancy as soon as they arise in order to avoid the devastating injuries. Failing to take timely action can lead to severe brain damage. These injuries place a heavy burden on the families who must live in the aftermath of negligence and malpractice.

If you suspect that your child was injured during the prenatal period, labor and delivery or in the neo-natal time period, it's imperative to speak with a trusted birth injury attorney about what happened. Mr. Offutt is here to help.

"I have known Steve for more than 10 years  and consider him to be of the highest character, integrity, and legal abilities."

A Review by a Colleague on Martindale.com 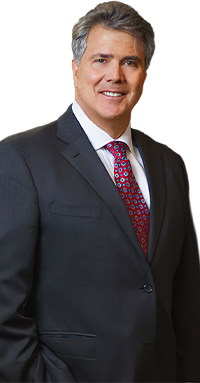 Attorney Stephen Offutt is a dedicated advocate for victims of birth injuries and other medical malpractice. He is one of the nation's preeminent medical malpractice attorneys and was included in the National Trial Lawyers Association's "100 Best Trial Lawyers" in 2014.  Mr. Offutt is affiliated with a number of prestigious organizations, including:

I will review your families case personally, I am here to help but I need a little information to get started. Attorney Stephen Offutt

*Disclaimer: the information provided by this website is for informational purposes only and should not be considered legal advice or a substitute for competent legal counsel.